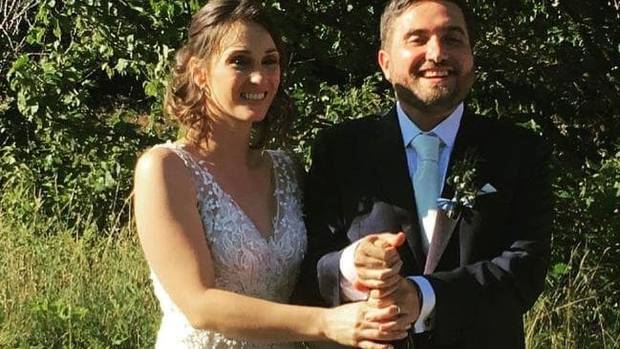 Sick of paying tens of thousands of dollars a year in rent?

Healthcare worker Meagan Chiuchiarelli Sebastiani and her partner Alberto started in April 2017 and in less than a year had lived in eight different suburbs including Box Hill and Werribee.

They minded the homes, kept them clean, but mainly looked after pets.

In July this year, they tied the knot at their “dream wedding” in Ovindoli, Italy, using some of the money they saved. The rest will go towards a house deposit.

“You’re committed time-wise because you’re responsible for looking after animals, so your spending goes down as well. Socially we did a lot less because it was harder to fit anything in.”

Ms Sebastiani said the couple got the idea from her retired aunt and uncle, who had done some house-sitting as retirees while travelling.

She and 36-year-old construction worker Alberto saw an opportunity to “save money and get to know Melbourne a bit better as well”.

After joining a local house-sitting website she “just trawled the ads and wrote to everyone, as long as it had reasonable transport” and pretty soon they had their first place.

“We interviewed with every person for a catch-up meet-and-greet,” she said, comparing it to “speed dating”.

“Some people invited us for wine and cheese or dinner, others just a Sunday morning catch-up. We would then go back and do a practice run before they left, go and meet the dog and take them for a walk with the owner.”

They packed everything into a single suitcase and donated most of their furniture except for their bed, which they stored at her mother’s house along with some plastic tubs containing kitchen items and some clothes.

The hardest part wasn’t downsizing or packing up their wardrobe, but reorganising transport every time they moved.

“Getting to know where the supermarket is, what’s the train station or commute to work really like, that sort of stuff was harder,” she said.

In between house-sitting jobs they would stay with her parents.

“It was a lot harder in the in-between phases when we were back at mum and dad’s,” she said.

“The level of freedom we had house-sitting was fantastic. But it’s quite intimate. You walk past the fireplace and there’s photos of other people.”

Ms Sebastiani said she would definitely recommend it, but it wasn’t for everyone.

“I think it suits people who can be flexible,” she said.

“Some places we went to were less than ideal but we were happy for the experience.

“The nice thing about it was we felt completely welcomed into everyone’s homes. Once the homeowner got back they would want to meet us to catch-up. Trust in a stranger like that is something you don’t see a lot.”

ME Bank money expert Matthew Read said saving for a wedding didn’t need to be an “overwhelming task”.

“The key is ensuring strong communication and teamwork with your partner,” he said. “There are plenty of opportunities to save, whether it be cutting down on your day-to-day expenses and removing luxury items from your budget.”

Mr Read said the trick was to “plan, set a budget and share the load”.

“Sharing conversations with your fiance about how you will manage the cost of your wedding lays the groundwork for easy and open discussions about money matters throughout your life as a married couple,” he said.

“Work out a wedding budget you’re both comfortable with and stick to it. Then develop a savings plan to help you meet the cost.”

“It lets you both contribute to the cost of your wedding and take shared responsibility for paying bills,” Mr Read said.

How to House Sit COVID Safe

Jo hasn’t spent any money in 5 years. This is how she’s done it

Questions to ask yourself before house-sitting